Weekly Urbanauth 35: Exarchia in Danger and 14 weeks of protests in Hong Kong 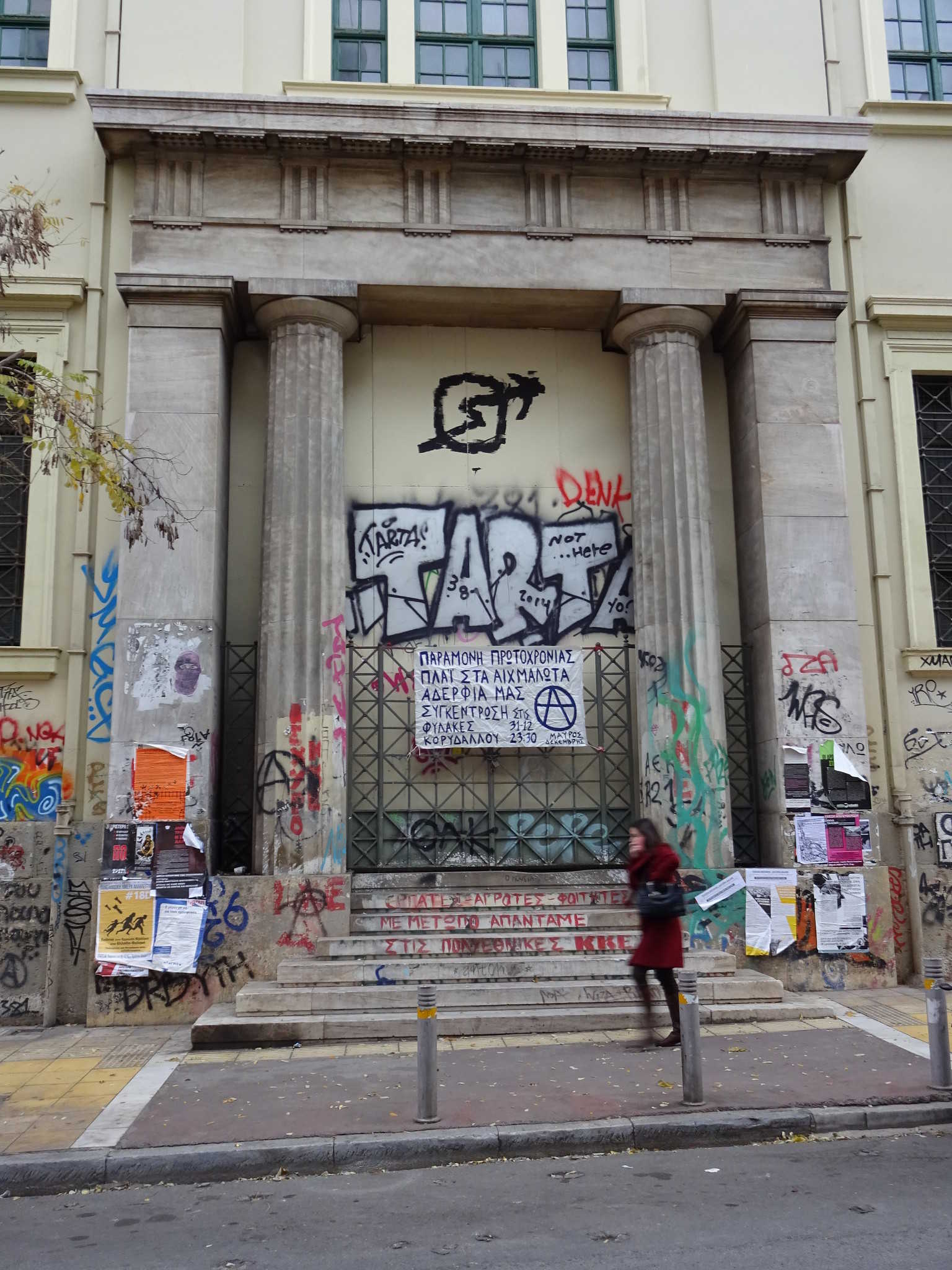 The most important news at a glance – Our weekly press review of calendar week 35. The autonomous quarter Exarchia in Athens under pressure from the authorities, Hong Kong’s 14th protest week and Prague having a problem with over-tourism. Beside of that, time to rethink e-scooters, because they may not be ecological at all – Our summary of the most important news in Europe.

The district Exarchia in the north of the Greek capital consists of a unique microcosm of squats. For several weeks now, the recently elected prime minister Kiriakos Mitsotakis has been targeting this free and autonomous neighborhood. With his election promise “Law and Order” he has declared war on the free quarter Exarchia. Something that has been difficult since the riots of 2008.

The Guardian published an article about this anarchistic-autonomous quarter. The collective of activists around Void Network names a total of 23 occupations in Exarchia itself and a further 26 in the adjacent area. A small alternative ecosystem developed over the years, which is accompanied by other self-determined concepts like the Free Social Space Nosotros or the Free Shop Skoros. Surrounded by university buildings, this urban island of free spaces hosts a solidarity network that accommodates around 1000 refugees in shelters. One of them is the Nottara 26, which was one of the first occupations to open its doors to people from all over the world during 2015. Such self-determined housing projects offer a better accommodation in which human dignity is better respected than in overcrowded refugee camps and are especially important for families with children or isolated minors.

Four evictions in one week

August 25, around 6 a.m, the Spirou Trikoupi 17 was cleared. The odyssey of it inhabitants can be followed on their Facebook page, where they report that the Greek authorities planned to distribute the residents to various refugee camps in Greece. This especially affects the children who went to school in Exarchia, but also the whole community, as the different squats are connected through solidarity networks. Further evictions also affected the occupations Transito, Rosa de fuego and Gare. Friday morning, five days later, a raid was carried out on the self-managed house K*VOX, while the evening before police used tear gas in the closed rooms of a citizen cafe.

In view of the degraded situation for isolated minors, families or women, the association Utopia56 occupied a section of the Parc de la Vilette in the north of Paris for one week. A total of 150 people, including 63 minors, took part in the action with the support of the association. The migrant camp was evacuated by the police on Wednesday, one week after the start of the occupation, which was part of a call for the right to decent housing. The lack of sanitary facilities and rooms with privacy goes hand in hand with the uncertainty and mental stress of being accommodated in temporary shelters.

The situation in Hong Kong continues to deteriorate

Last Saturday there were mass protests and clashes with the police again in Hong Kong.
On Sunday hundreds of activists threw bricks, metal rods and boulders onto the tracks of the airport train line.
The train service to the airport was suspended for a short time, there were no flight cancellations.
The police drove the demonstrators, who also barricaded the access roads to the terminals with baggage carts, with water cannons and pepper spray, as Zeit reports.
The protests against the controversial Delivery Act on China, which have been going on since June, continue to escalate and the Chinese government is under strong pressure.
The draft law is now frozen, but not yet completely off the table. And Peking reacts with sharp threats, as the Tagesschau reported. The central government will never allow chaos to continue indefinitely.
“If the situation in Hong Kong continues to deteriorate and there is chaos that cannot be controlled by the government of the Special Administrative Region and endangers the sovereignty and security of the country,
then the central government will not remain inactive,” said Xu Luying, spokeswoman for the Hong Kong and Macao Bureau of Affairs. What is meant here is a legal military intervention by Beijing in Hong Kong.

E-Scooter not as environmentally friendly as intended

In the past few months, e-scooters have made headlines in the media, mainly due to traffic accidents in which they were involved. Now it comes out that they are not even ecological! At least heise online, which in turn quotes a study by North Carolina State University. The study calculated all emissions including production, transport, loading, collection and disposal of the scooters. And see there, the vehicles burn up to 200 grams of CO2 per mile – which is more than it is the case with a normal diesel bus with a high degree of capacity utilization.

An Intelligent Sail for Cargo Ships

Cargo ships are the means of transport when it comes to sending large quantities of goods from one metropolis to another. The distance travelled is often over continents. Thus about two thirds of the worldwide CO2 emissions are caused by cargo ships, that is more than one billion tons per year. In addition, many cargo ships run on cheap marine diesel, which causes additional sulphur and nitrogen emissions. A new sail should counteract these circumstances and reduce the emissions of a freighter by 40%.
The sail should automatically stop operating in rough seas and automatically turn to the wind when the weather is fine.
The “wingsail” of the Spanish company Bound4blue is currently in the development phase and should yield its first profits in five years. More information about the project can be found in this blog post by reset.org.

This article is available in German and French.