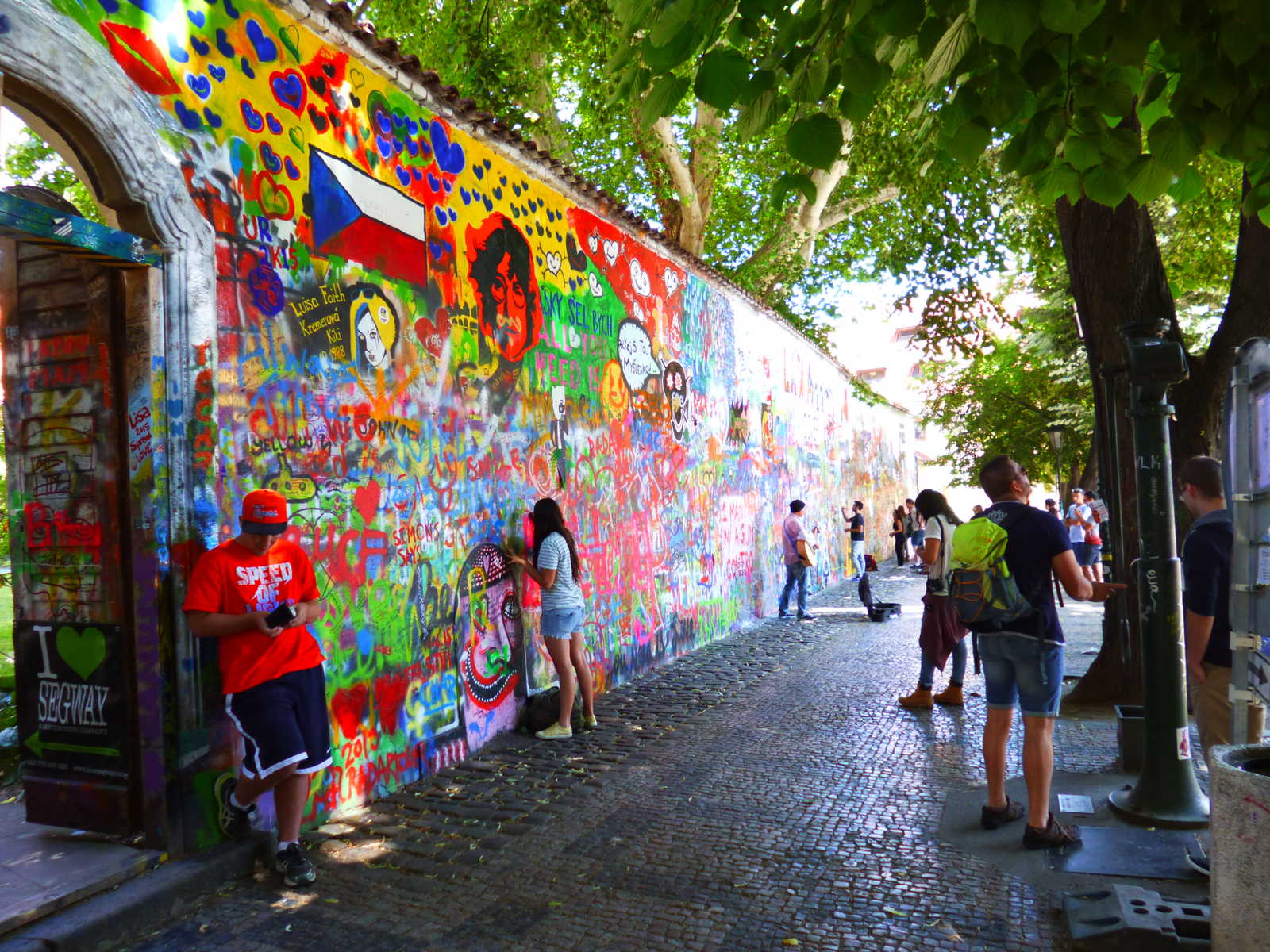 In the case of “the excessive growth of visitors, which leads to overcrowding in areas where the inhabitants suffer from the consequences that have led to a permanent change in their lifestyle, access to facilities and general well-being”, Joseph Cheer, Claudio Milano and Marina Novelli speak of “overtourism”. A phenomenon that is more associated emotionally with the cities of Barcelona, Amsterdam or Venice, and that corresponds to the result of the explosive increase in cheap flights and Airbnb-style accommodation, as The Guardian puts it. According to the German newspaper Wirtschaftswoche, factors such as the rapidly growing middle class in China are also contributing to overtourism. Moreover, tourists who choose their destinations by consulting social media platforms such as Instagram are a segment that should not be neglected.

Now the overtourism seems to have reached Prague as well. Eugen Kukla, a photojournalist, who with his family has been disturbed by tourist pub tours in their apartment in the centre of Prague for more than 10 years, thinks that things are getting worse and worse.

This trend holds the danger of displacing long-term residents of the historic inner city and transforming it into a pure tourist zone. Already existing signs of this are the spread of cheap souvenir shops, garish massage parlours or the existence of dancers in giant panda costumes, who are increasingly staying on the Old Town Square. Most drastically, however, are the commercial pub crawls, which dramatically changed the previously quiet character of the city.

Measures against this are, for example, the appointment of a night mayor – namely Jan Štern. He has already negotiated with bar owners and is trying to persuade them not to cooperate with organzitors of pub tours and to implement a policy of banning outside noise that would make it more bearable for local residents.

The authorities are concerned and have indicated that tourists will be subject to tougher measures. Pavel Čižinský, Mayor of Prague 1, is also taking action against pub crawls by limiting alcohol consumption times. He also promotes information trips to encourage tourists to visit more remote areas instead of overcrowded attractions such as the Charles Bridge. The World Travel and Tourism Council (WTTC) also recommends, among other things, as a strategy for areas affected by overtourism to dissolve conurbations, regulate places to stay overnight or limit (or even ban) tourist activities. Furthermore, it helps to adjust prices to supply and demand and to spread visitor numbers over a longer period of time.

On pub crawls in Prague’s Old Town, people were observed writing obscene slogans on the Lennon Wall of the Sovereign Order of Malta – which resulted in a criminal complaint. However, this seems to be the exception so far: Pictures of noisy groups drinking themselves a cheap vodka welcome drink and tour guides who never stop any group, even if local laws prescribe a night’s rest in residential areas after 10 p.m., as well as police officers who do not impose any punishments, are increasingly the norm.

Not only Prague suffers from overtourism: Budapest is a city that seems to struggle with similar problems as the city of thousand bridges – but according to Daniel Nemet it deals with tourist flows more effectively than Prague. The city can learn a lot from the mere designation of a night mayor who provides valuable information and useful instructions.

According to the World Tourism Organization (WTO), the number of tourists rose by 6% to 1.4 billion in 2018, according to the French online newspaper Le Quotidien du Tourisme. Driven by increased economic growth, cheaper air fares, technological change, new business models and ever easier access to visas around the world, growth has accelerated in recent years. And according to the forecasts of the OMT (Organisation Mondiale du Tourisme), this will not change in the foreseeable future.

The original article and this traduction were written by Anna. This article is available in German and French. 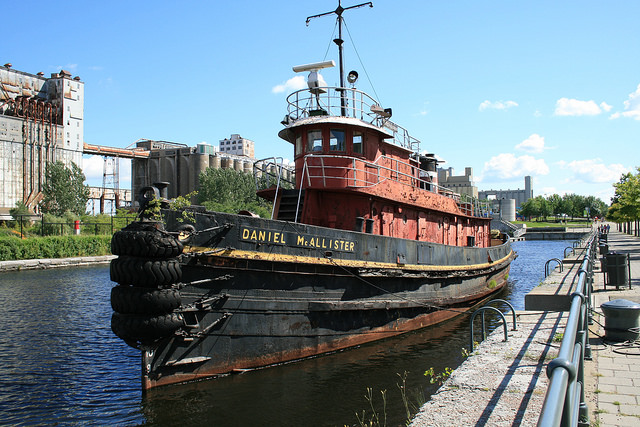 Is it a contribution to solving transport and environmental problems? Autonomous inland waterway vessels are expected to be available in 15 years – this was the result of a feasibility study conducted by the Duisburg Development Center for Ship Technology and Transport Systems on October 31, 2018. The study was carried out for the Chambers of Industry and Commerce in the Ruhr area. With its canals and ports, the Ruhr area would be an ideal test area for self-propelled ships.
By transferring the goods of large Rhine freighters to smaller, self-propelled ships instead of trucks, the chances of smaller freighters becoming competitive would be increased, the development center emphasizes. But it should not be forgotten that the automotive industry is also working at full speed on autonomous technology. And in contrast to inland navigation, the automotive industry is supported by companies worth billions.
A comparison over the years also speaks against inland waterway transport: last year, 222 million tons were transported via rivers, ten years ago it was almost 250 million tons. In 2010, inland waterway transport accounted for about 6% of commercial freight transport, 9% by rail and 76% by road. As far as rail freight transport is concerned, it can be said that, despite annual growth in volume, it has not really got off the ground since the financial crisis of 2008.
For Thomas Schlipköther, the Duisburg Port’s Chief Technology and Operations Officer, there are more pressing problems at the moment anyway. These include the extremely low water levels to which one has to adapt. Furthermore, the fact that many inland waterway vessels still chug through the rivers with old diesel engines. In this context, Ursula Heinen-Esser (CDU) demanded conversion premiums for inland waterway vessels in the “Rheinische Post” (1. 11. 2018). In comparison to inland navigation, sea shipping is far more harmful in terms of pollutant emissions, as heavy fuel oil is burned (inland navigation vessels are usually ship diesel engines). Nevertheless, inland navigation has been lagging behind for years in terms of air pollutants emitted. 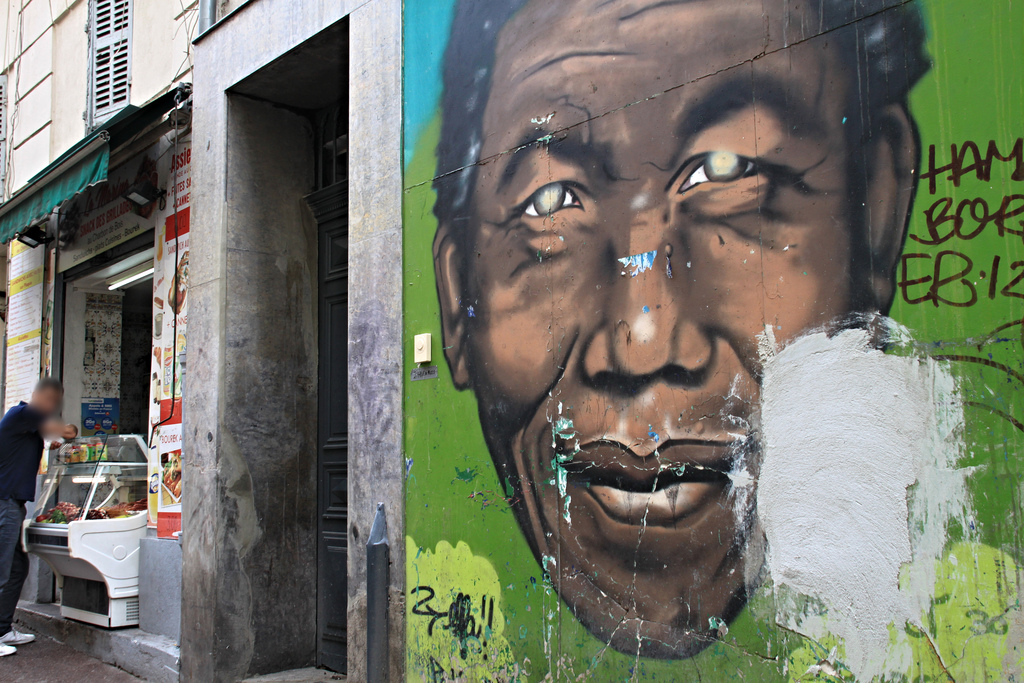 “It’s a miracle that accidents don’t happen every day in Marseille,” says an anonymous expert from the TGI (Tribunal de grande instance de Marseille), among other things, about what happened on 5 November 2018 in the district of Noailles, Marseille. Two dilapidated houses collapsed in the morning and eight people were buried in the rubble. The doors of the first house, which has been classified as dilapidated since 2008, were locked or bricked up, but neighbours suspect that squatters have nevertheless gained access. In the second collapsed house, from which chunks of the façade had already broken out in September of this year, there were nine apartments, inhabited by couples and families. But these houses are by no means the only ones in a precarious condition. A government survey carried out in 2015 showed that 40,000 houses (out of a population of around 100,000) were “a risk to health or safety”. In the Noailles district, 48 percent of the building stock is considered dilapidated and inhumane.
The anger of the inhabitants is increasing. On the one hand, it is the homeowners who, even when renovation work is long overdue, only have to do the bare essentials; on the other hand, it is the municipal authorities who do not lift a finger when renovating houses or building social housing. On 14 November 2018, citizens, social organisations and interest groups commemorated the victims during a protest march with around 8,000 demonstrators.
The lack of social housing is also what forces many people to move into dilapidated houses, says Florent Houdmon, who works for the Abbé Pierre Foundation in the greater Marseille area against poverty and housing shortages. Nowhere else in France would such conditions exist. It’s no coincidence that the houses of the poor, of all people, are collapsing, as Jean-Luc Mélenchon of France Insoumise is sure when he expresses the thoughts of numerous residents of Marseille.
A technical explanation for the collapses could be the rainfalls that occurred days before, which are also held responsible for the cracks in the walls and a front door that no longer fits into the frame. However, this does not explain the lack of implementation of the principle of renovation that had already been adopted 20 years earlier, as Patrick Lacoste from the citizens’ initiative “A city centre for all” makes clear. Now the public prosecutor’s office is investigating for negligent homicide. Jean-Claude Gaudin, Mayor of Marseille since 1995, who was strongly criticised for the incidents, admitted for the first time on Sunday that he had not done enough in the fight against the dilapidated housing conditions. Insight as the first step towards improvement? It will come to light. It remains to be hoped that this incident will remain a unique example which will bring the city administration to action.